Sukothai was our first stop after leaving Bangkok. The temples in the Sukothai area date from around the 13th and 14th centuries. The first image below is over Wat Chang Lom, which is just outside of the Sukothai Historical Park, and was right next the hotel we were staying at. The second image is a composite panoramic fisheye view centered over the same Wat.

Wat Phra Pai Luang is also outside of the main historical park area, and dates from the late 12th century. The remains of this temple are fairly sparse, but the surrounding moat is a dominating feature.

It rained for most of the time we were in Sukothai, and the visit to the main historical park was a washout. 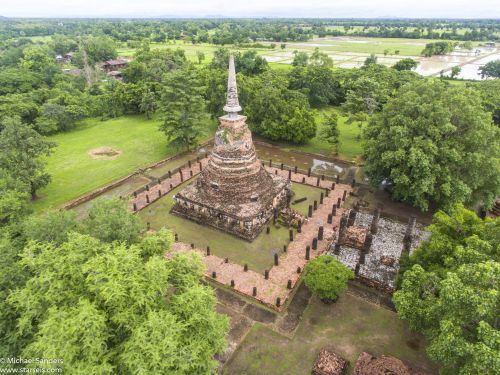 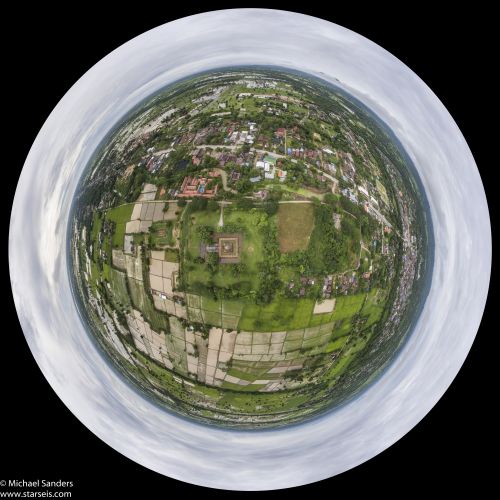 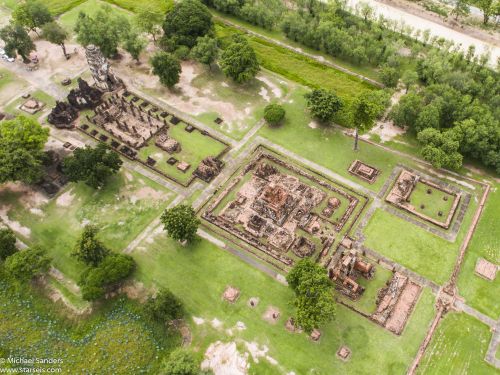 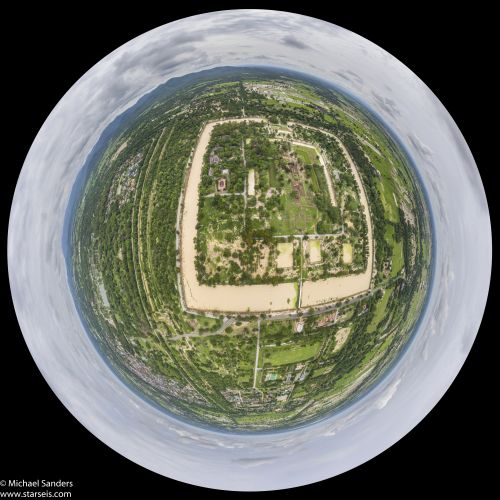 About 50 kms north of Sukothai is the Si Satchanalai Historical Park. This is of similar age and style to Sukothai. The first photo is a 360 degree panoramic photo with the Yom river being a dominant feature. Wat Chedi Chet Thaew can be seen on the center left side of the panoramic photo with a close up view shown next. 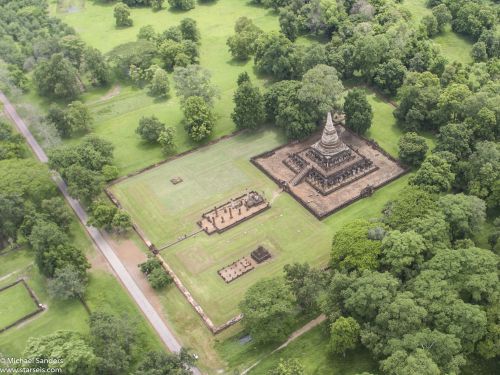 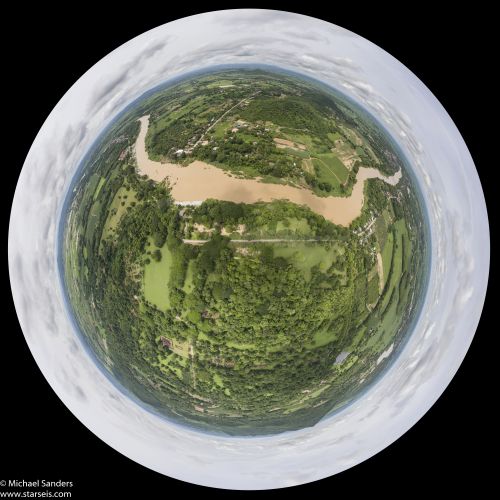