Pai is about half way between Chiang Mai and Mae Hong Son and a feature of this road is that it is hilly and has lots of curves. The section from Chiang Mai to Pai has over 760 curves, which equates to about 10 per kilometer. It's a good road and fun to drive, but after about 400 or 500 kms of this, it was good to get back onto a straight highway again.

The first photo shown below has been extracted from the car-cam video. Its seems that car sickness is another feature of this road, but we survived it OK.

Pai is situated in a valley between the mountain roads, and gives a relatively flat section for about 20kms, before getting back into the hills again.

Some of the attractions in Pai include an old bridge from WW-II days. The first fisheye panorama also shows this bridge which runs alongside the larger highway bridge. Others things are a small "canyon", numerous waterfalls, and a feature called the "land split" which was caused by an earthquake about 10 years ago.

The Pai River also flows through the town of Pai and flowing in a south westerly direction towards Mae Hong Son, before finally heading across the Myanmar border. 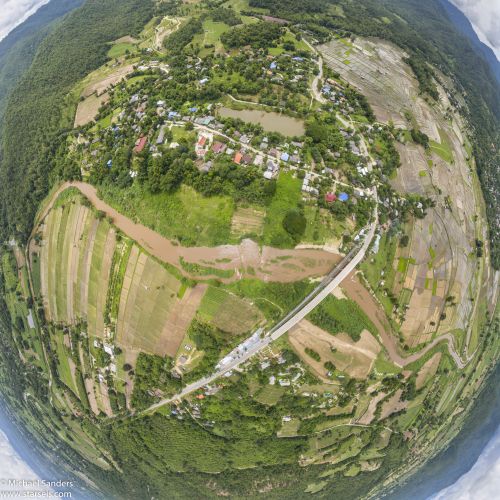 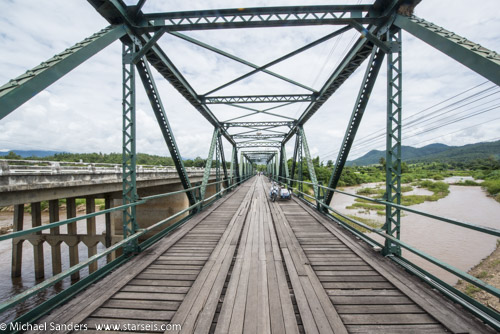 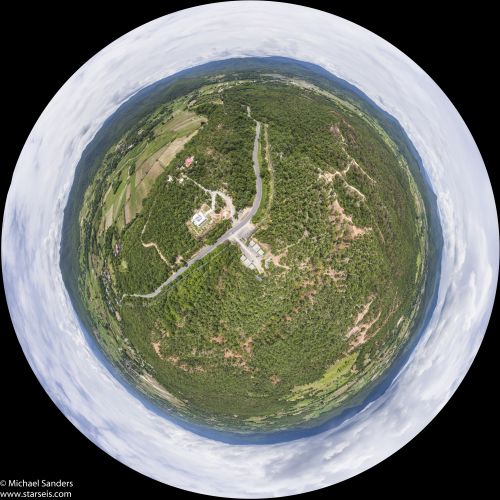 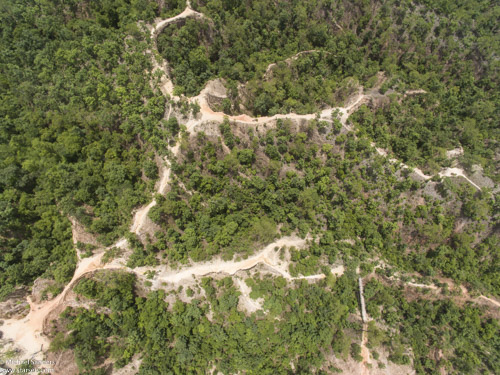 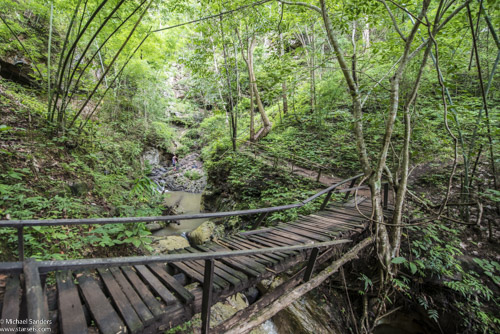 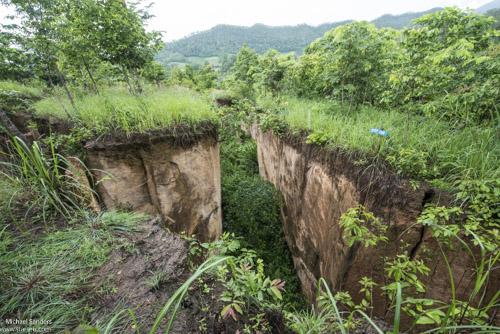 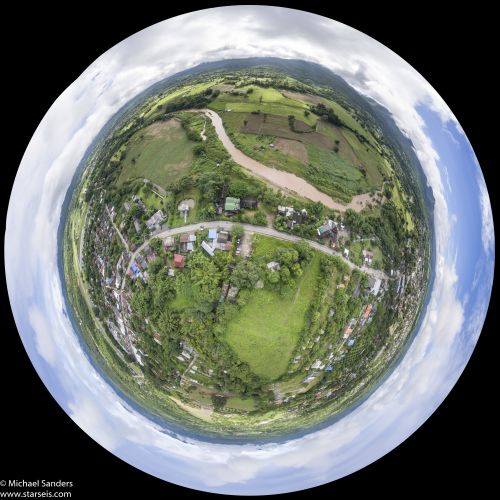