The town of Mae Hong Son doesn't have too much too see, and Pai is a more lively tourist destination. But the weather was still good and there are some interesting places to see out of town.

First stop was the Tham Pla (or Fish Cave), which features a stream flowing into a cave that is full of fish. No photos of that, but the first set of panoramic photos below were taken there.  The Fish Cave itself goes into the side of the hill that is shown in the center of the first photo.

The second stop was Su Tong Pae bridge. This a bamboo bridge built across a rice field to allow the monks at the temple to easily cross over to the village on the other side.

Wat Phrathat Doi Kongmu is a temple on a hill in the center of Mae Hong Son town. The airport runway can be seen in the background of the second photo.

Ban Rak Thai is a village due north of Mae Hong Son and situated right next to the Myanmar border. The people in this village are chinese, hence the chinese signs. We went right up to the border crossing with the hope of getting a look into Myanmar. First the road deteriorated into a narrow single lane suitable only for motor bikes and when we finally reached the border, there was a single sentry gate after which the road curved around into the forest so nothing to see. 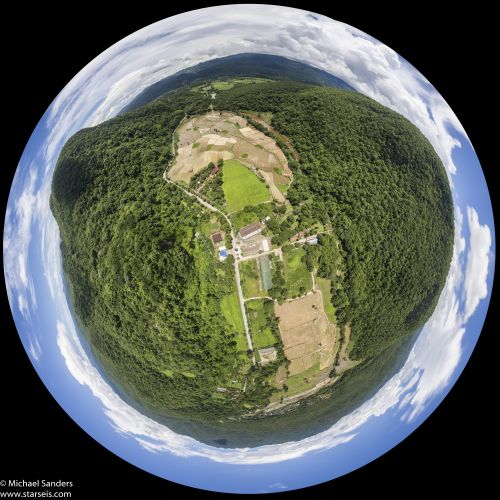 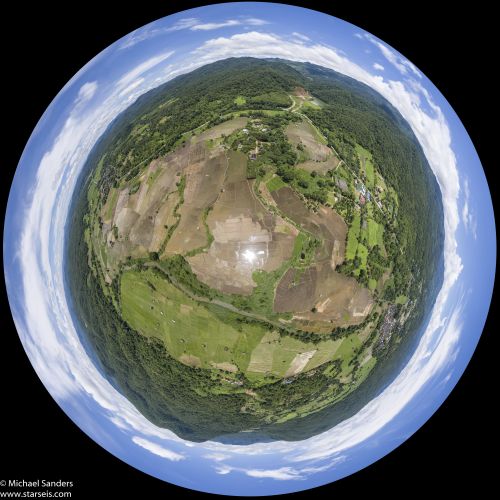 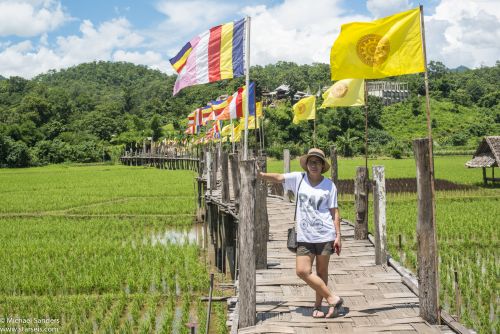 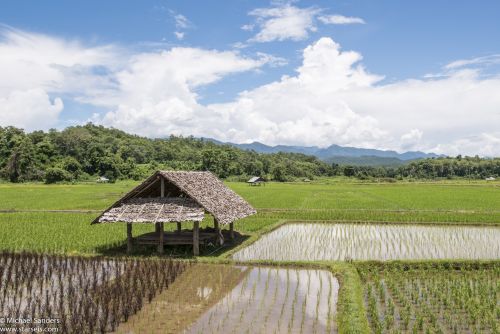 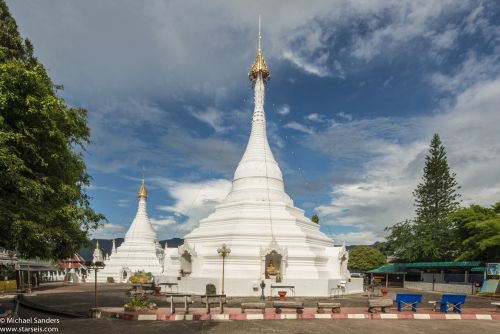 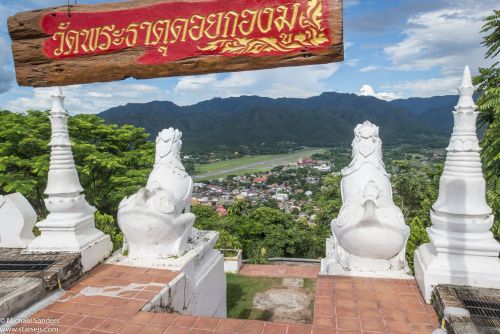 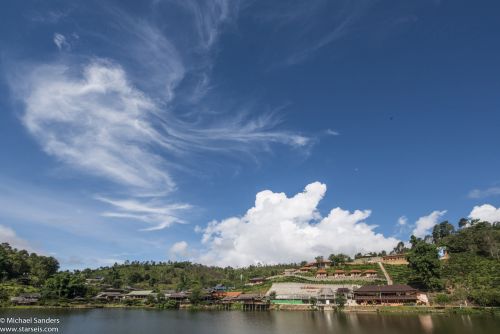 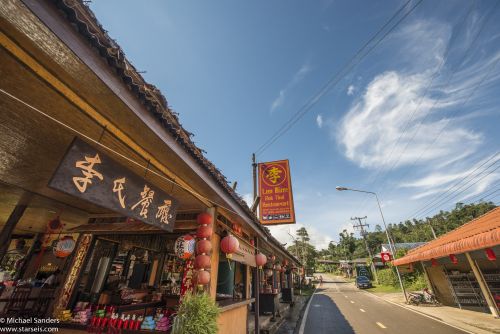