Hot, also translated as Hod, is on the highway heading south from Chiang Mai, and at the junction of the turnoff to Mae Sariang. These roads can be seen on the fisheye panoramic photos below, where the road on the top right side is heading to Chiang Mai, and the one to the lower left is going to Mae Sariang. The hotel we stayed at was centrally below the fisheye photo on the right side of the lake.

The hotel was featured as an "eco-hotel", which I initially assumed was because of it's location near the lake. But there were also buffalo grazing in the area, and which came to wallow in the mud near the rooms. Interestingly, the water level in the lake was at least 1 metre lower than the water level in the canal directly behind the hotel. The canal flows into Mae Chaem river, which is the main river seen in these panoramic photo's.

Op Luang National Park is about 25 kms east from Hot in the direction of Mae Sariang, and we passed through it on the way to Hot. Two easily accessible attractions in this park were the hot spring, and the Op Luang gorge through which the Mae Chaem river flows. 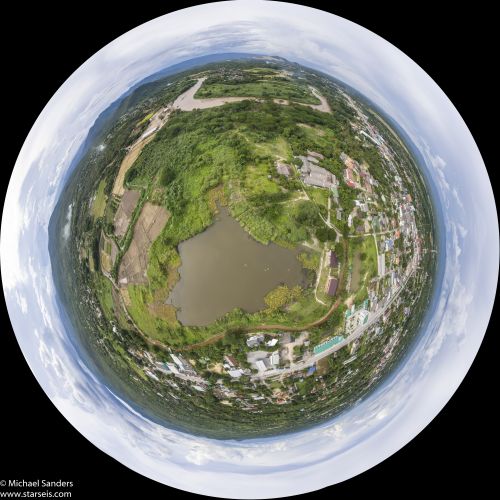 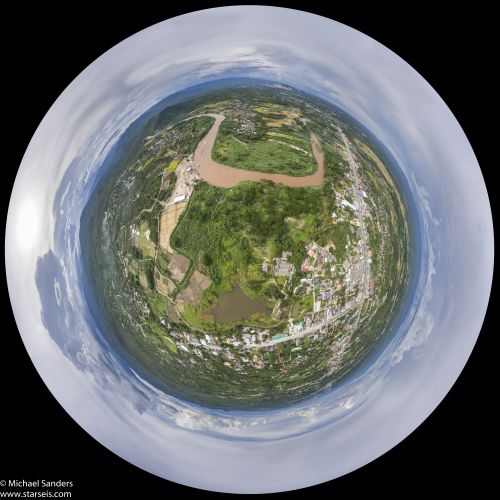 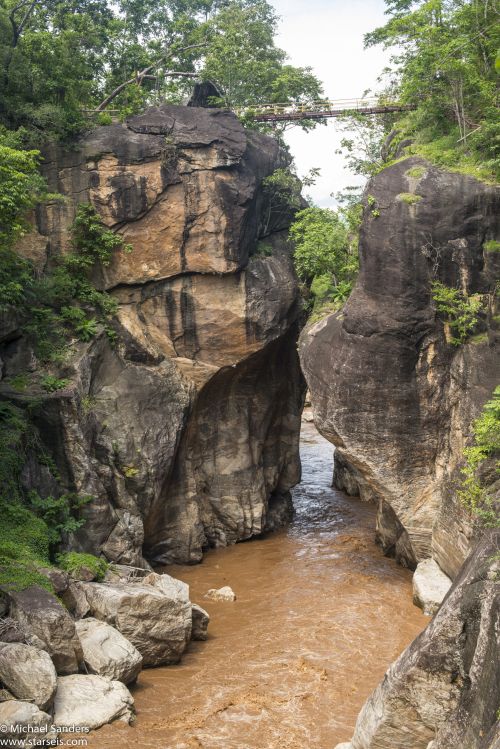 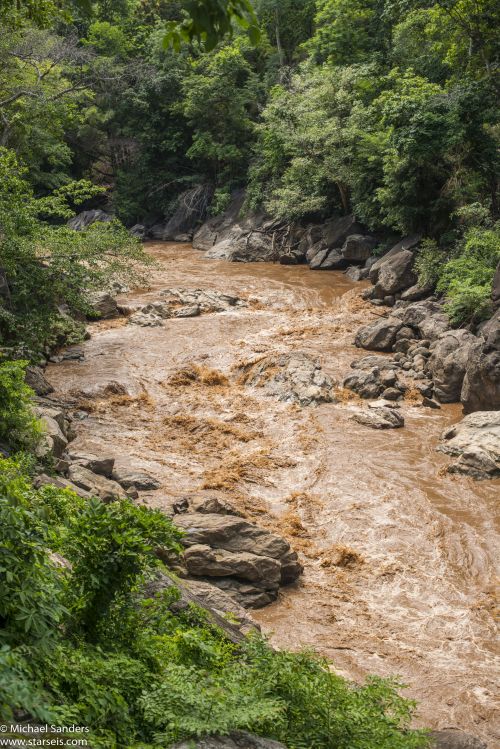 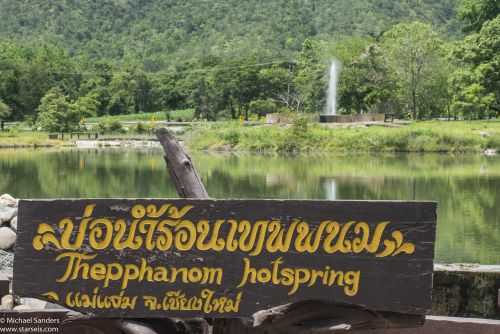 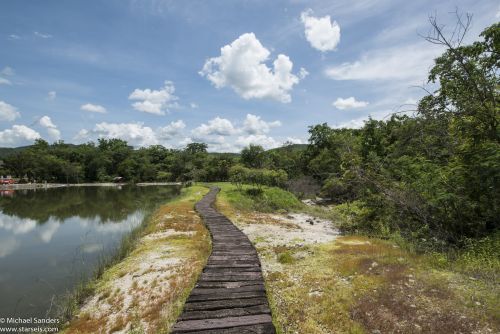