It's not often that I find good dark skies to take astro-photos around Thailand. The photo of Jupiter below was taken at Sai Yok, which is about 50 kms west of Kanchanaburi in the direction of the Myanmar border. The dots on either side of Jupiter are the moons Europa, Io, Ganymede and Callisto, in that order from left to right. This photo was taken when Jupiter was close to the zenith, using the Takahashi FSQ-85 and Nikon D800. 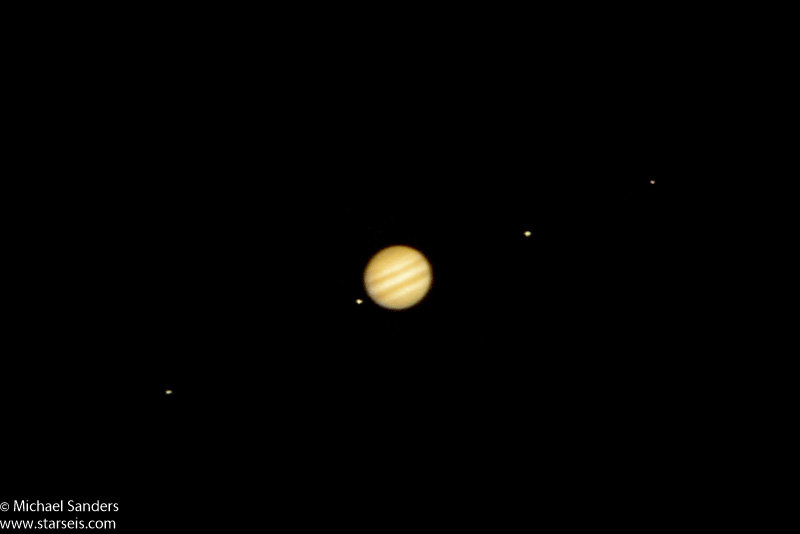 On 1-July 2015, Venus and Jupiter passed with about 0.4 degrees of each other, which is slightly less than the diameter of a full moon. The photo below, is taken at about 9 pm just before they both set. Venus is the brighter object on the left and Jupiter is on the right. The time of closest approach occurred some hours after they set.

Some small specks can be seen above and below Jupiter, and these are 3 of the moons. Ganymede and Europa are above Jupiter and Callisto are below Jupiter. Io is behind Jupiter and cannot be seen.

Closer views of Venus and Jupiter are shown below. These photos are taken in challenging conditions at low angle close to the horizon and through the tropical Bangkok city haze, so although not particularly good quality, are probably the best that could be hoped for under these conditions.

Atmospheric dispersion causes the color fringing on the upper and lower portions of each object. The photos below were taken at 7:27 pm, which is an hour an half earlier then the setting photo shown above, so Jupiter's moons are in different locations. The order of the moons from top to bottom is now Ganymede, Io and Callisto. 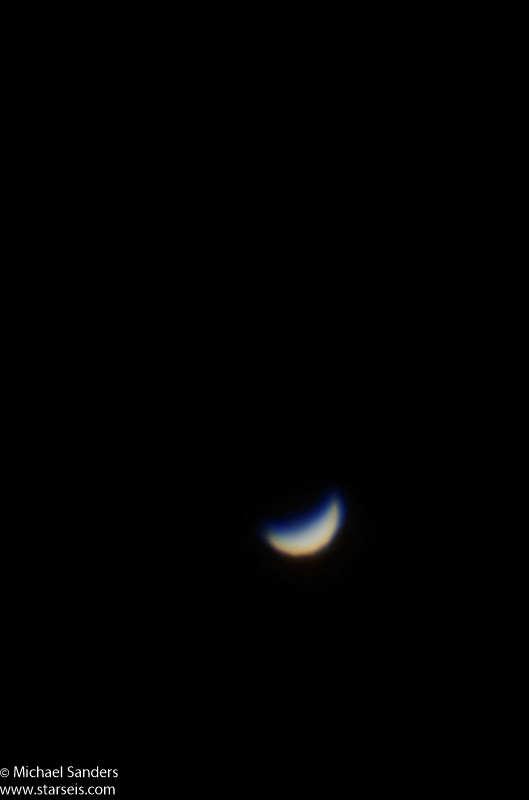 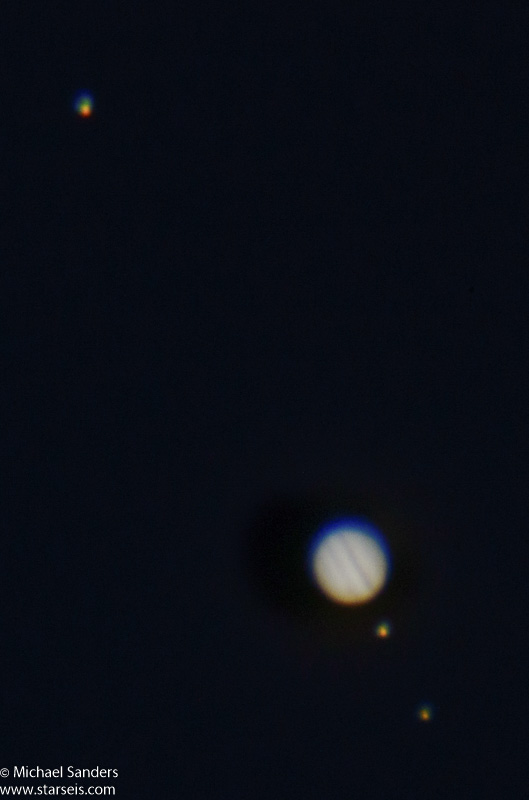