The best way to get good infra-red photos is to use a film camera with infra-red film together with a filter to suppress light from the visible spectrum and pass only light from the infra-red spectrum. The color emulsion in the film is made to be directly sensitive to the near infra-red wavelengths. The resulting image is know as a "false color" since the blue, red and green sensitive dyes in the film are more optimally sensitive to different parts of the near infra-red spectrum, and not the visible light spectrum.

Infra-red photos can also be taken with digital camera's, but unlike film cameras, the photosensitive surface (the CCD, CMOS or equivalent) is fixed to the camera and cannot be changed to an IR sensitive CCD. The CCD in the camera is optimized to the visible light spectrum. Blue light coming in will excite the blue sensitive pixels of the CCD, and similarly for the red and green components of the incoming light. The blue, green and red pixels of the CCD will have same minor IR sensitivity, but they are primarily aimed to record the light in the visible spectrum. A further complication is that nearly all digital camera's have an "IR blocking" filter mounted directly on top of the CCD, to suppress any IR light before it reaches the CCD.

The first way to take IR photos with a digital camera is to screw an infra-red transmission filter to the front of the lens, which also blocks the visible light. The Hoya R72 is such a filter. The net result of the IR blocking filter in front of the CCD plus and IR transmission filter (R72) on the front of the lens is that there is very little light left to reach the CCD. However, there is some light in the IR spectrum received, so one assumes the IR blocking filter is a fairly weak filter. Using this method, time exposures of several seconds and a tripod are required.

In order to get an image that gives some similar characteristics to "false color" image obtained with IR film, it is necessary to swap the red and blue channels in the image and do some fairly radical tuning on the white balance. Since we are doing some quite drastic processing, then it's recommended that the images are recorded in RAW format.

The raw image straight out the camera will be deep red if you have used a standard white balance setting. Pushing the white balance to as low as can go will suppress the red color and start to bring out the some or the greens and blues and start give an image that has a broader range of colors. If you have swapped the red and blue channels, then the white balance will need to pushed to be pushed the other way to the maximum value. The color range will still often be quite quite limited and muted, so pushing the saturation, vibrance and contrast, together with fine tuning the individual components of the hue are needed.

The second way is to remove the IR blocking filter from the front of the CCD and replace it with an IR transmission filter. The process of swapping these filters requires an almost complete disassembly of the camera, so once done, the camera is a permanent IR-only camera. I did this to my old Nikon D-80, and survived! The images obtained from this method still suffer from the same problem mentioned above, in that the CCD is optimally sensitive to the visible light spectrum and the raw images out of the camera will still need the same post processing applied. However, since the IR blocking filter has been removed, then normal shutter speeds can be used. 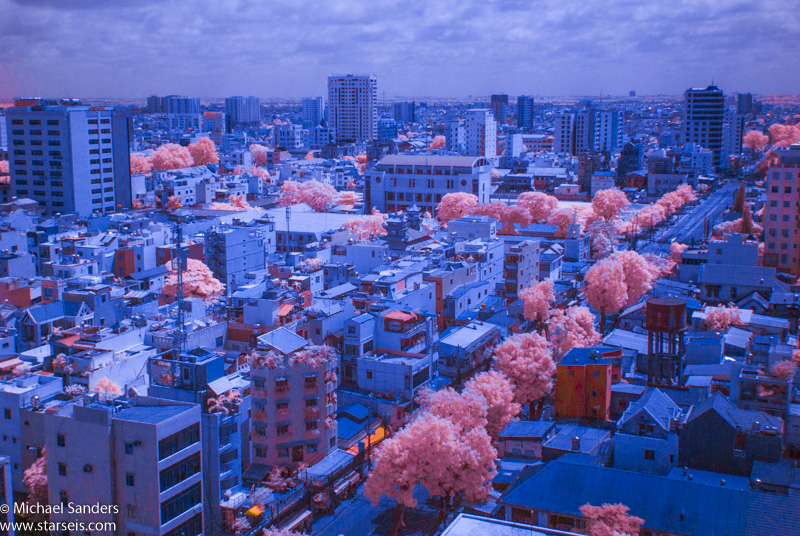 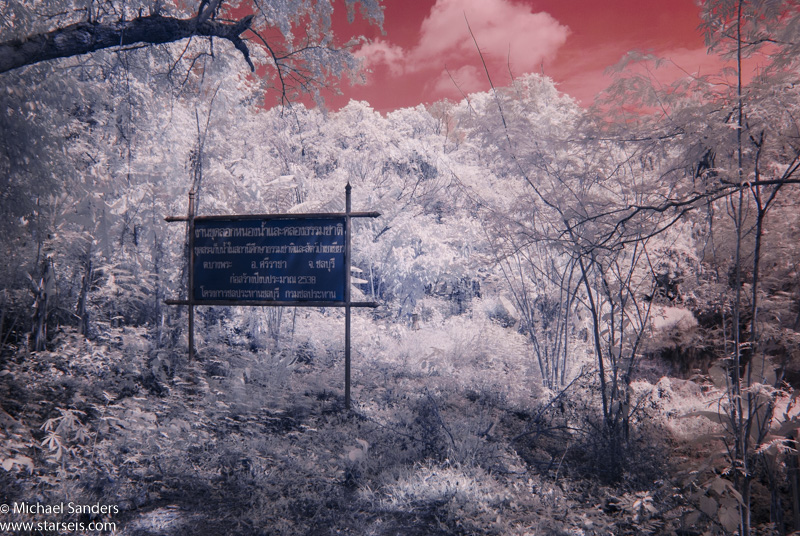 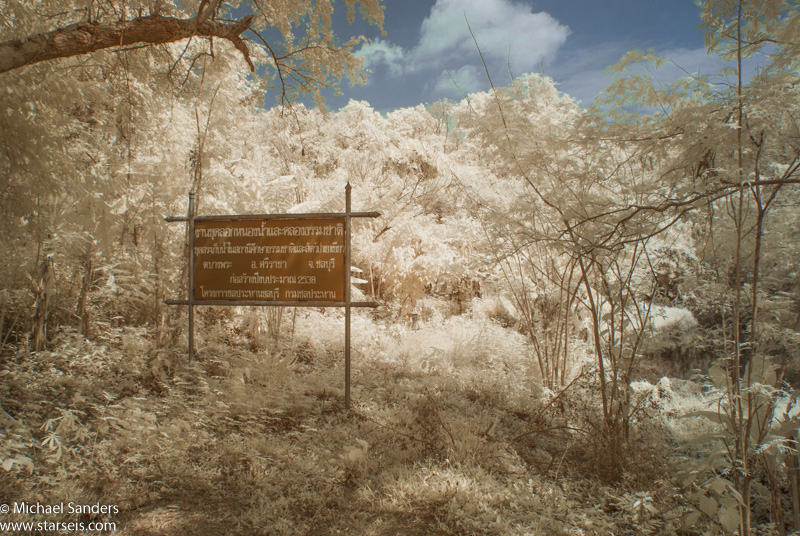 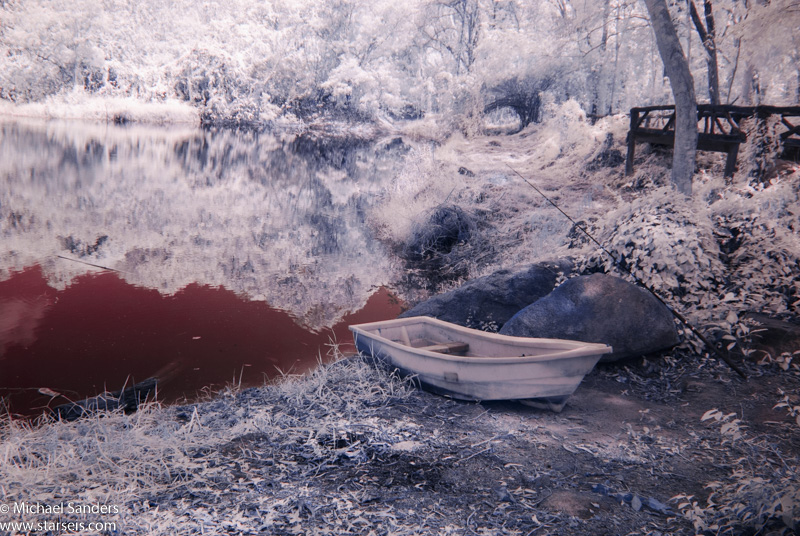 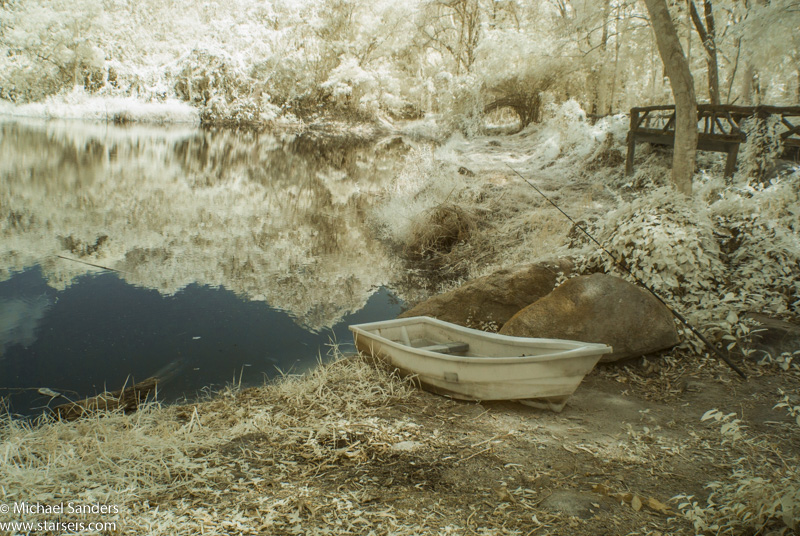 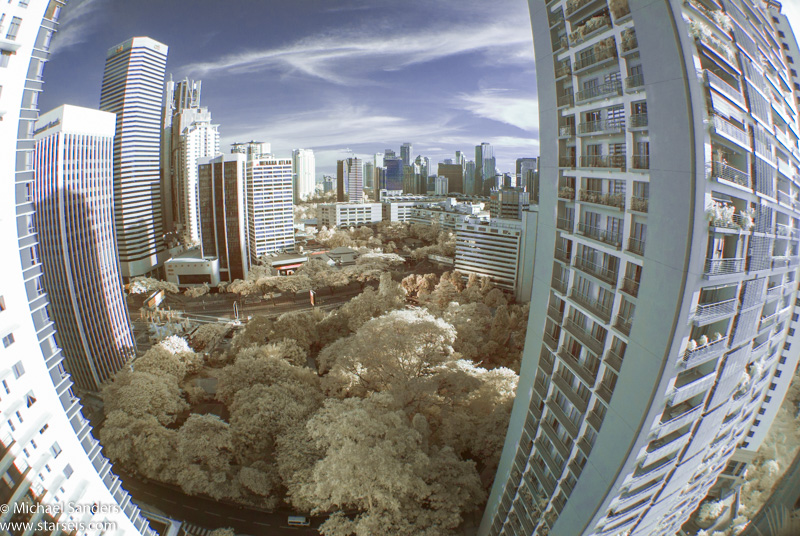 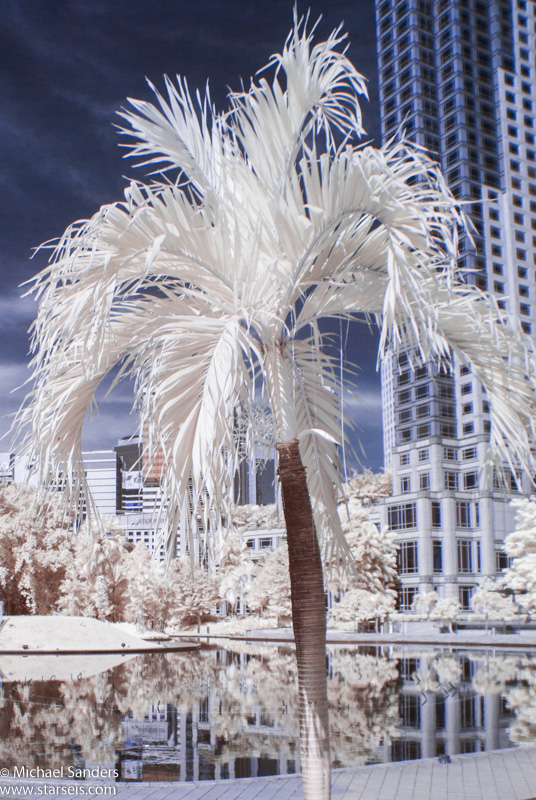 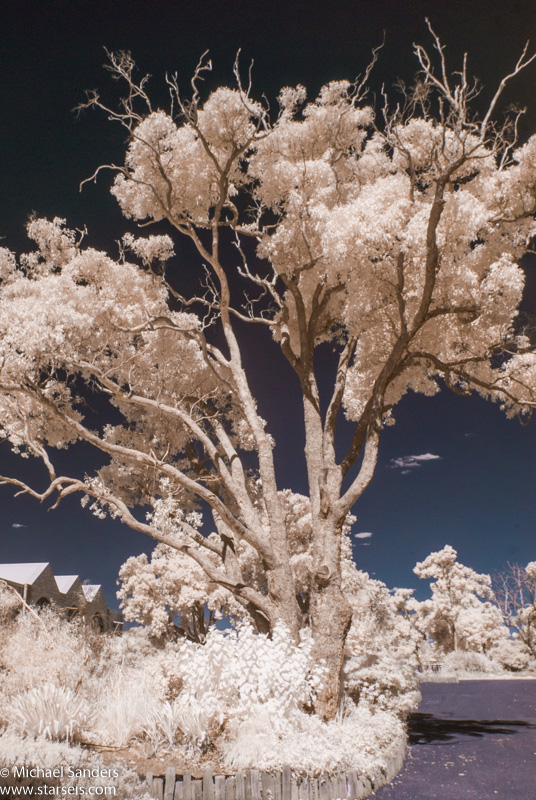 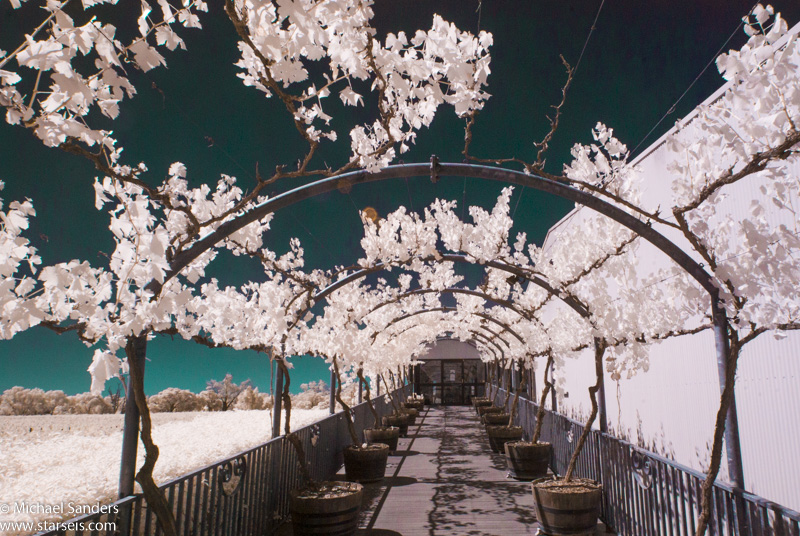 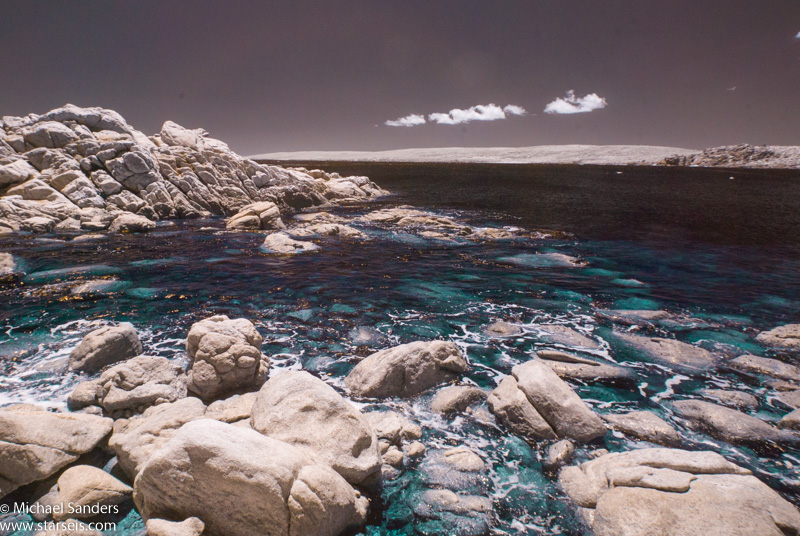 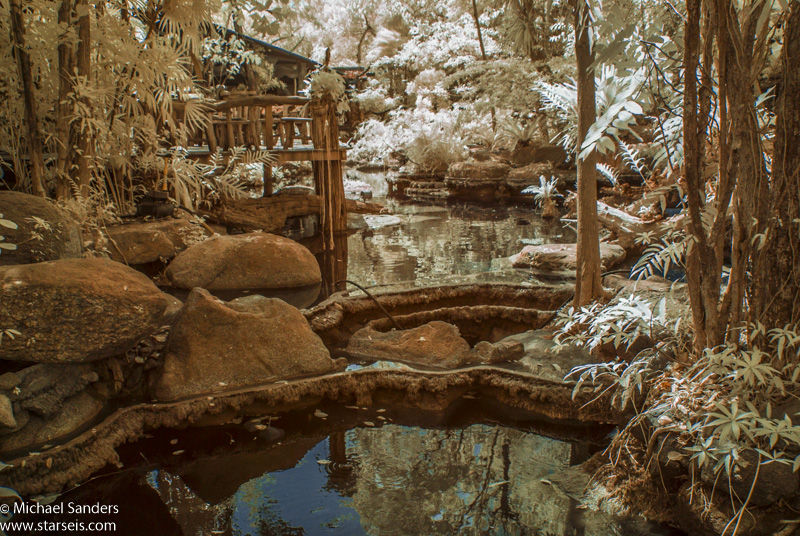 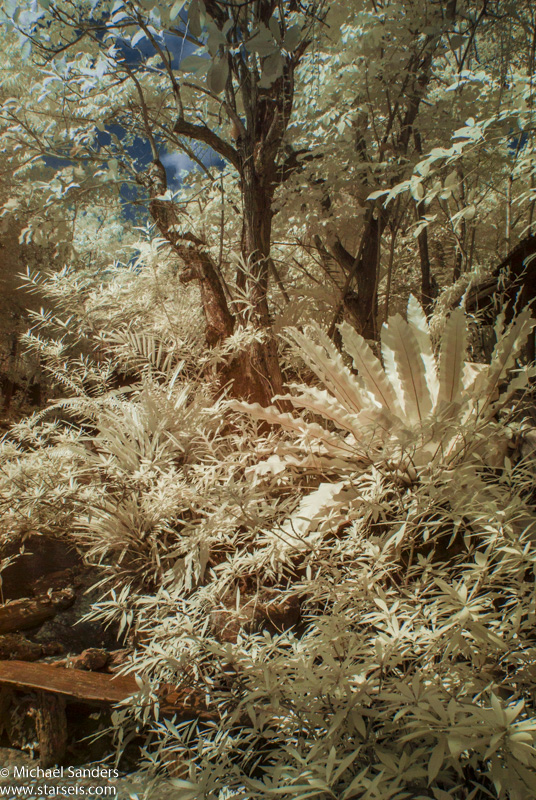