The flash trigger unit was made and used back in 2008 when I was living in Vietnam. This particular device doesn't exist anymore, as I undertook an upgrade/refurbishment on it a few years later, and it never worked properly anymore after that so it got binned. But flash triggers are now quite easy to buy, with a number of them to be found on Kickstarter.

The first stage of the project was to make the flash trigger unit. I had found several circuit diagrams on the internet for devices that were triggered by interrupting an infra-red light beam and adapted them for my application. The webpages where I got the information from no longer exist.

The next step was to purchase all the components during my next business trip to Thailand. So after several trips to Baan Mor, which is an electronic component shopping paradise area in Bangkok, the device was assembled and operational. I had to do the assembly in the hotel room so I could check that it worked at planned, before returning back to Vietnam.

Getting the correct flash delay was done by trial and error, which was one the reasons for needing a large supply of light bulbs.

The camera was setup for a several second exposure in a darkened room. The Nikon SB-800 was in low power M/128 manual mode, to give a flash of about 1/40000 sec duration. Cellophane was draped over the flash units to give color to the photos. For the water drop photos, one flash had red cellophane, while the other flash had blue cellophane. For the light bulb photo, the background was illuminated by a flash with red cellophane, while the foreground was a regular white-light flash.

The action photos are here at Flash Trigger / High Speed 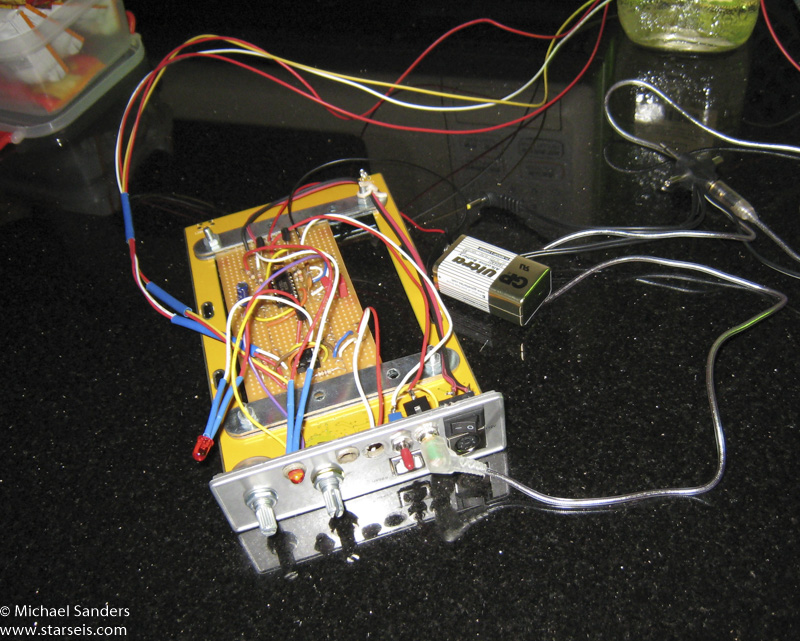 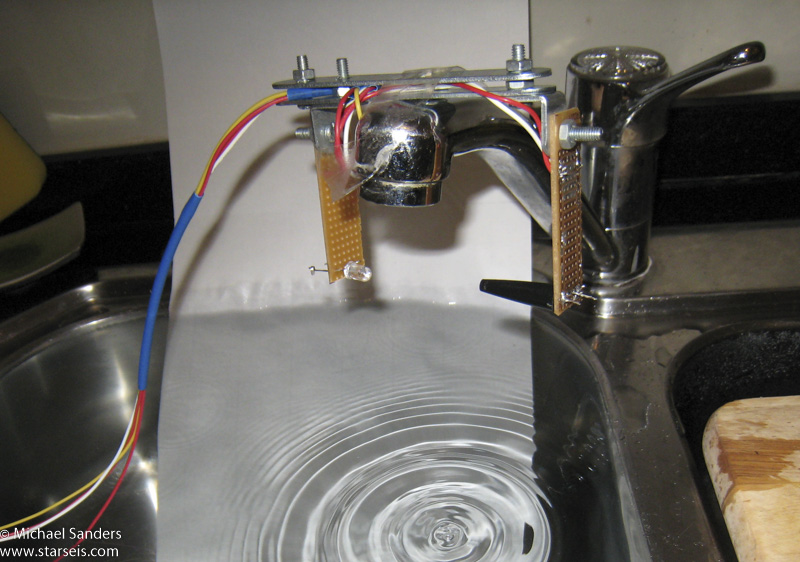 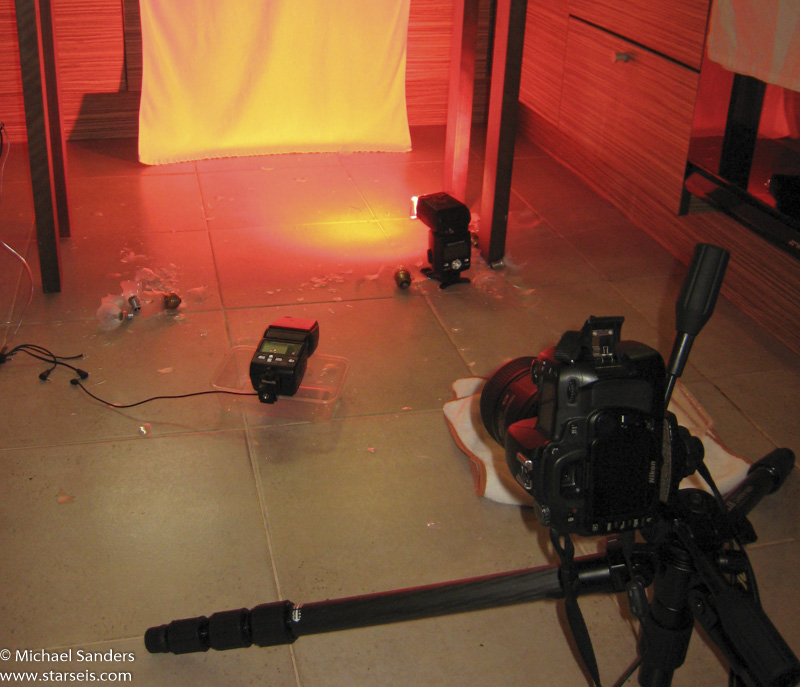