The top photo was taken shortly before moon set, and the tropical Bangkok sky has turned the moon to a deep red color. Aldebaran can be seen just below the moon. The structure to the left of the moon is the Red Sky Bar which can be seen from an alternative viewpoint in the Bangkok at Night photos page.

The following image below is a composite stack of 14 photos taken over the period of several hours, showing the relative position of Aldebaran move from the top left down to the lower left of the image. Actually, it is the moon that is moving relative to the stars, and Aldebaran is stationary, however, the telescope is set up to track the moon.

The deep redness of the moon and Aldebaran is an indication of the haze and pollution near the horizon. These objects also shimmer a lot near the horizon in these conditions, making time exposures impractical. 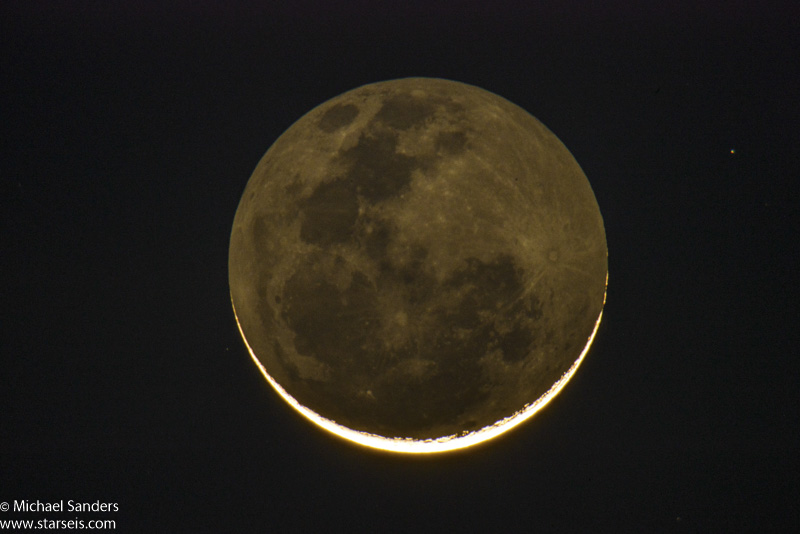 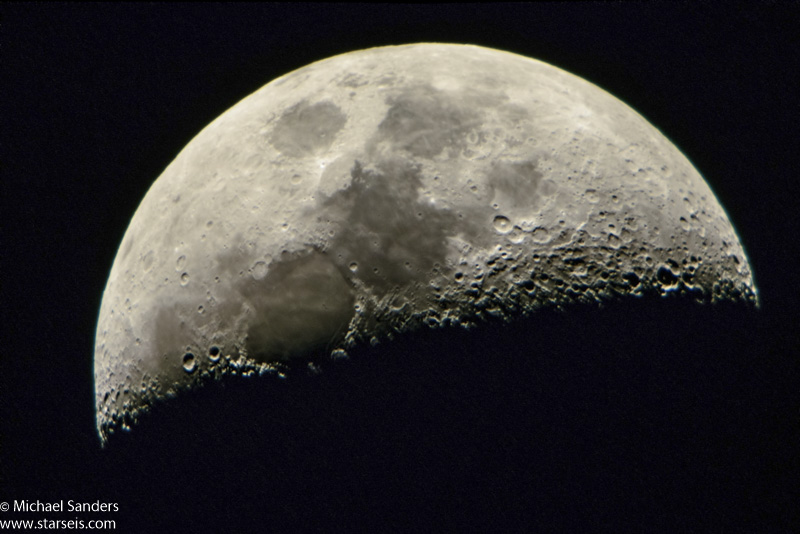